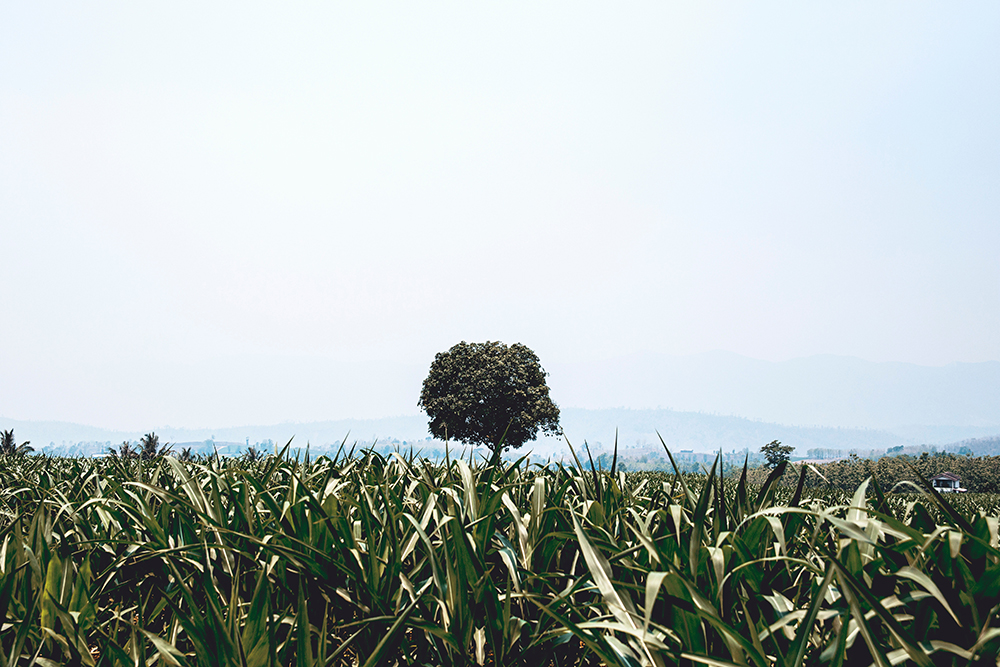 By the Rights and Resources Initiative (RRI)

With the increase of industrial activity and carbon emissions, our planet has been steadily growing warmer. Two degrees Celsius is the magic threshold, scientists agree: should the Earth’s temperature rise by any more than that, we can expect severely heightened patterns of extreme weather, devastating natural disasters, food shortages, and even civil war.

That threshold may be closer than we think. In August, a report drafted by scientists across 13 U.S. federal agencies warned that “even if humans immediately stopped emitting greenhouse gases into the atmosphere,” the global temperature would most certainly continue to rise, perhaps by as much as “[two] degrees Celsius.”

How did we get here? Just under two years ago, the international community came together in an unprecedented, historic effort to draw up the Paris Agreement: a global roadmap, championed by two leading carbon polluters, the U.S. and China, to curb carbon emissions, transition away from fossil fuels, and conserve the world’s natural resources.

Fast-forward to 2017. Under a new administration, the U.S. has left the Paris Agreement. The global political landscape is gripped by volatility, discord, and polarization. And throughout all this, climate change continues to devastate the world’s most environmentally and economically vulnerable regions, destroying precious food sources, uprooting communities from their homes, and taking lives.

A crucial solution to this crisis is at the top of the agenda next week as hundreds of global advocates, researchers, and community leaders gather in Stockholm for the third international conference on community land and resource rights—the world’s largest international conference focused on securing the land and resource rights of Indigenous Peoples, local communities, and rural women.

Indigenous Peoples and local communities are key to winning the global fight against climate change. They have proven themselves to be the “best guardians of the world’s forests and biodiversity.” Indigenous culture is deeply rooted in respect for land, forests, and water, and their customary knowledge, practices, and ways of life are crucial to keeping these vital resources intact. Traditional indigenous and community agricultural practices and diets, for instance, are designed to maximize climate resilience in the face of “drought, altitude, flooding, or other extreme conditions.”

Recognizing indigenous rights to their lands is cost-effective and results in immediate benefits for our climate: research found that titling community lands in the Peruvian Amazon led to an immediate and significant reduction in deforestation. Legally recognized community territories have lower deforestation rates and higher rates of carbon storage than other lands—including forests managed by governments—and indigenous and community forestlands hold at least 24 percent of the world’s aboveground forest carbon.

Yet worldwide, rural communities only have legal rights to 10 percent of the world’s land, despite having customary ownership rights over 50 percent. Indigenous and rural women are particularly likely to lack secure rights to their lands, despite often being responsible for managing community forests and feeding their families. When local peoples stand up for their rights, they face mounting violence and criminalization.

Moreover, Indigenous Peoples and rural communities are on the front lines of our changing climate. As the UN explained: “Indigenous peoples are among the first to face the direct consequences of climate change.” Because they rely heavily on natural resources and ancestral lands for their livelihoods, dramatic changes in weather patterns and the availability of natural resources can mean the difference between poverty and prosperity.

Though much uncertainty surrounds the global climate roadmap, one thing is clear: Indigenous Peoples and local communities are an often overlooked yet powerful ally in the fight against climate change. Their rights to lands and natural resources must be strengthened, secured, and safeguarded. Violence against land rights defenders must end. And they must be made partners in the global struggle to protect our planet and prevent a climate catastrophe.

The private sector: an ally in securing indigenous and community land rights?

Tune in & Follow Along: Largest Ever Conference on Community Land Rights Convenes in Stockholm